Major renovations to Rickards High School in Tallahassee, Florida include two new classroom buildings which were planned for construction at the base of a large hill. Prior to construction of the buildings, a concrete soldier pile wall was to be built to retain the hill.

Sewer, gas, fire, and water mains all criss-crossed the area where the wall was being constructed. To prevent the need for large equipment and to keep the excavations for the soldier piles as small as possible, the design team wanted to use an anchor system to help resist the loads that would be applied to the soldier piles.

CHANCE® Helical Tieback Anchors were chosen to tie back the soldier piles. This shortened the overall length of the piles and helped to reduce their diameter thus preventing the need for large equipment to install the piles. The helical anchors were installed at varying angles so they could be installed around the existing utilities and were also installed with small construction equipment. The anchors were prestressed immediately after installation so that as soon as a section of the tieback anchors was installed and tensioned the wall was immediately being formed and poured. 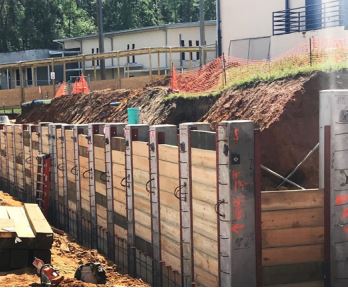 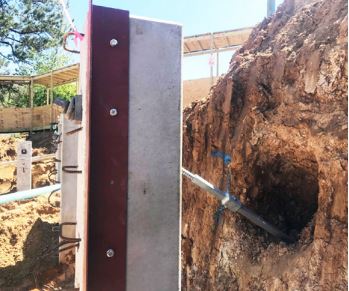 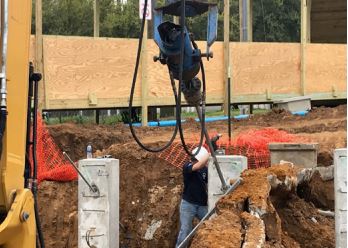